The recent accusation of pope Franciscus for heresy is the continuation of a long process. An important part of the Church (14 bishops and their priests and believers) considers Popes Paul VI, John Paul I, John Paul II, Benedict XVI and Franciscus as antipopes, because they proclaimed heresies and they are cut from the Church by the fact itself.

Popes can be accused of heresy and thereby lose their papacy by the fact of heresy, read for more explanation : 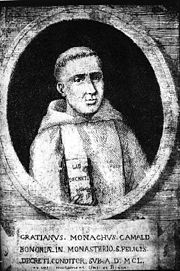 In the “Decretum”, jurist Gratian wrote a principle that was held “everywhere, always and by everybody” in the Church, hence it is an infallible Doctrine of the Tradition :

“the Highest See cannot be judged by anyone,

unless he has been found deviating from the faith”

From Vatican II on, several popes have already been accused of heresy. Here an anthology:

Paul VI was accused of heresies by Catholic heads with many followers:

1) Rev. Father Georges de Nantes on March 28, 1973, he has handed a file in Rome: “Liber accusationis in Paulum Sextum” (letter of accusation against Paul the Sixth)